No fire service agency is equipped to deal fully with every potential emergency or disaster. For this reason, many departments have historically had long-standing formal and informal mutual aid agreements to ensure adequate resources are immediately available to assist affected jurisdictions facing incidents that exceed the capacity of local responders. Mutual aid truly means neighbors helping neighbors. Missouri’s fire service exemplifies this by its commitment to a system that provides resources to any incident or disaster that may exceed the capabilities of local agencies to respond and recover.

Missouri’s statewide fire mutual aid system was first established legislatively in1990. The first law provided for fire service mutual aid on a statewide basis, and was later amended to include other potential disaster response disciplines, including law enforcement, public health and emergency medical services and public works. These disciplines often look to the time tested fire service plan when developing their own mutual aid processes.

In the event of a major emergency or a statewide disaster, all fire protection agencies in the state become an organizational part of the Missouri Fire Mutual Aid System.  Also included in the system are specialized teams and resources, including hazardous materials teams, swift water rescue resources, fire-based medical assets and other technical rescue capabilities.

The system is organized into nine emergency response regions which correspond to the Missouri State Highway Patrol Troop areas. Each region has a fire-based regional coordinator who resides within that region and serves without compensation.

The system is based on the tenets of the National Incident Management system, and adheres to the principal that every incident remains under the control of the affected jurisdiction.

Whether in response to flood stricken communities, the devastation of the 2011 Joplin tornado, or the widespread wildfires of the 2012 drought,  Missouri’s mutual aid system has proven to be a dependable and effective program, ensuring emergency response needs are met when lives and property are at stake. 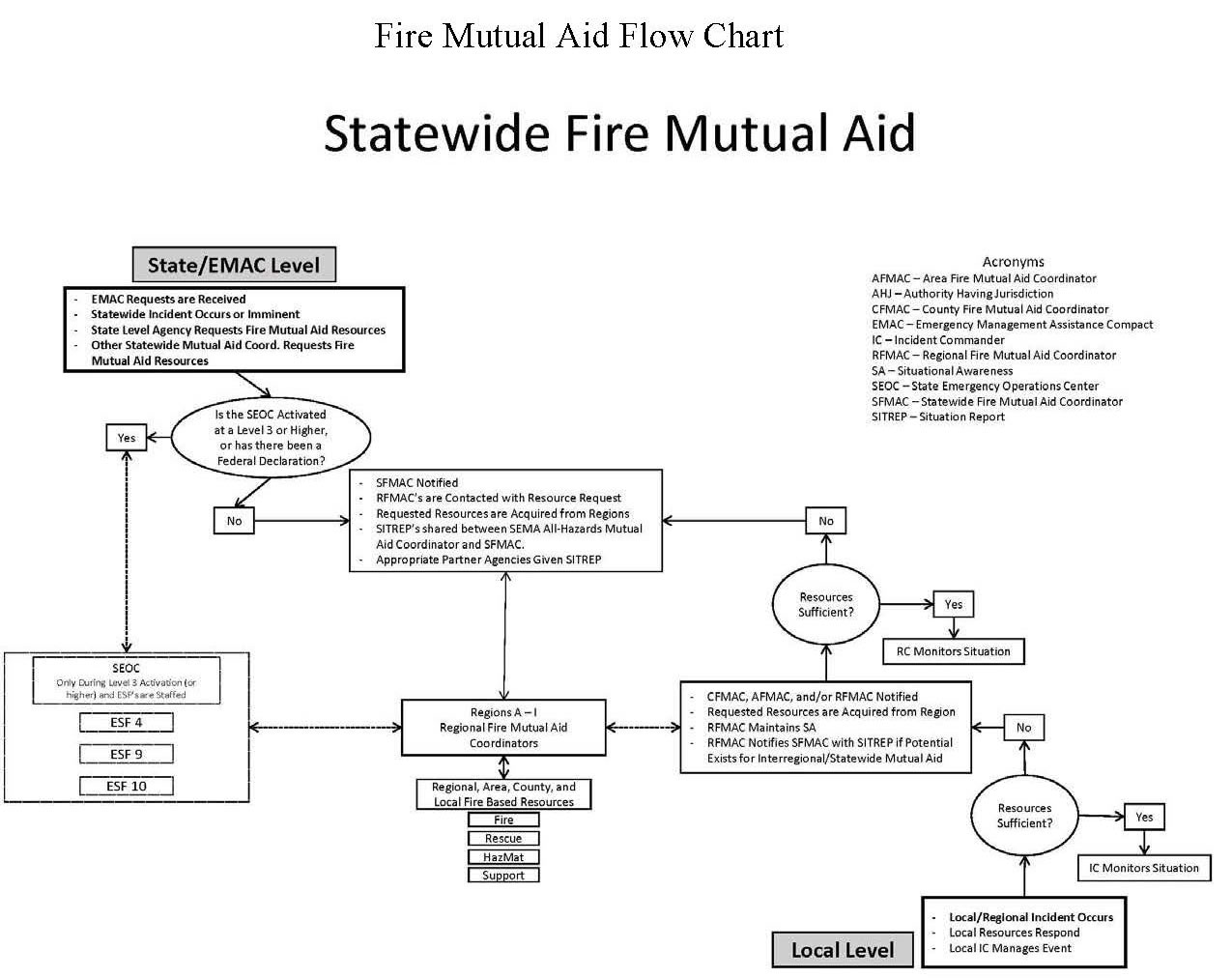