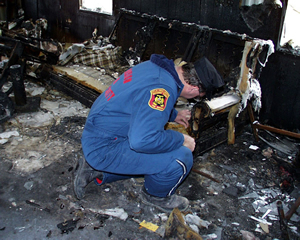 Division of Fire Safety Fire investigators, who are Missouri POST licensed law enforcement officers, are on call 24 hours a day, seven days a week. They are stationed throughout the state and respond to requests for assistance from local fire departments and law enforcement agencies for fire and explosion investigations. The Jefferson City Central Office can be contacted directly Monday through Friday, except holidays, between 8 a.m. and 5 p.m. at (573) 751-0501. If a fire service or law enforcement agency is unable to contact the Division of Fire Safety investigator assigned to the region, the closest Missouri State Highway Patrol troop headquarters should be contacted and requested to assist with contacting a DFS investigator.

Basic requirements to request a division investigator are:

A $5,000 reward fund is in place for information leading to an arrest.

The highest priority response is assigned to fires involving fatalities or injuries, explosions, evidence of arson or explosive devices and major disasters. The Division of Fire Safety acts as an assisting agency to local authorities and does not respond to requests for investigations from insurance company representatives or directly from the public. The division does not generally investigate natural cover fires, hay bale fires or undiscovered losses (in which a fire was not discovered until it had burned itself out). 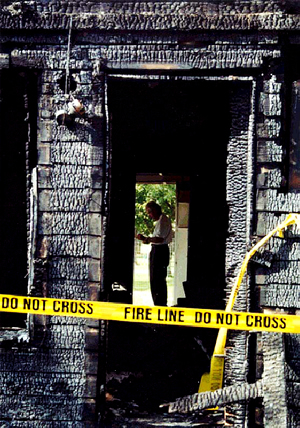 Scene security is extremely important during any fire investigation. It is important for local authorities to remember that if a DFS investigator will be requested, the scene should be kept as free of contamination as possible and overhaul operations should be limited to affected areas.

To properly secure a fire scene, entry must be limited to only those authorized personnel with duties in the structure. Personnel should be posted at all points of entry into the structure to keep unauthorized individuals out. It is particularly important that the scenes of fatal fires be secured until the investigation has been completed. Many times, the area surrounding the victim may contain valuable evidence. This entire area should be preserved until the investigator determines all evidence has been collected.

If an investigator will be assisting, evidence should be left where it is found unless there is a possibility of further destruction by fire. If local personnel seize evidence, it must be secured in unused air-tight metal or glass containers. 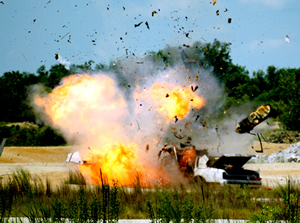 Personnel should take extra care at the scene of an explosion. Structural stability is always questionable following an explosion. If there is a possibility that the incident was the result of an explosive device, there is a chance of undetonated explosives or a secondary device being present. The closest bomb squad or Highway Patrol Explosives Unit should be contacted for any "render safe" procedures. Division of Fire Safety investigators are not trained or equipped to disarm potential bombs.

Scene security can be extremely difficult in these incidents due to wide-spread destruction and scattering of debris over a large area. All precautions should be taken to protect any possible evidence and the incident scene.